A quick note about Sum-it-up Sunday: I am a conservative. There was a time when even allowing that to be thought of you was a death sentence – at least to any career aspirations you might have in a number of fields, especially writing. But we live in a different age – not only do I have the option to Indie publish, but from our last election it appears that around 50% of the voting public might agree with me (and as long as all of you buy my stories, it’s good.) It becomes more and more apparent that NOT saying what I think adds to the impression that no one thinks these things. So I will step out every so often with my viewpoint.

Mind you, I do not write fiction to push my beliefs – there have only been two loosely veiled references to anything political in my 80+ stories, and even those you would have to twist into a pretzel to be sure of what I was saying. I don’t preach in my fiction, but I do deliver a sermon in my blog on occasion. You have been warned….

Earlier this week, CNN was running a headline: 2 Trump promises fail on same day (a reference to the Obamacare Repeal & the Iran Nuke Deal.) This came across as shortsighted gloating, sort of like: “Ha, ha, ha! You couldn’t stop our car from going over the cliff!” (In case you don’t know – Obamacare is what’s taking our economy over the cliff. The Iran Deal is just our national security whistling past the graveyard.)

Some thoughts on the current political predicament:

1) I realize it feels strange to have a President who doesn’t consider violating the Constitution to be part of his job description – eight years of that can easily distort your view of what it means to “get things done.” Doing it the right way takes time.

2) Donald J. Trump has only been President 6 months – by my reckoning he has plenty of time to achieve his promises, and he’s been making headway in all directions, regardless of the noisy roadblocks in his way.

3) We have Obamacare to thank for messing up insurance markets, the ability to AFFORD healthcare, people’s incomes (how many are now part-timers who need full-time work?), and the economy in general. It needs to be fully repealed to start undoing its damage. Then we can get around to seeing if there are any small tweaks Congress can do (like selling insurance across state lines, or expanding risk pools) that might help rather than hurt what was one of the best healthcare systems in the world (if not THE best.) And for you true-believers in government-run healthcare, have a look at our own Veteran’s Administration, or the British illustration of what Sarah Palin meant by DEATH PANELS, where the government will decide whether you should be allowed to save your baby’s life…

5) BTW – The Affordable Healthcare Act (Obamacare) is anything but that; HAVING INSURANCE is not the same thing as being able to AFFORD HEALTHCARE. With sky-high deductibles and premiums, what money does the average person have left for medications, doctors and hospitals?

4) We have the Iran Nuclear Deal because Barack Obama wanted a legacy. It should have gone through the Senate as a treaty, but Obama played some tricks and the Senate Republicans were afraid to call his bluff. Would a treaty with the world’s largest state sponsor of terror (how trustworthy are they?) have REALLY been ratified by the Senate? I don’t think so. It will take Trump a little while longer to fix this mess, but I’m sure he’ll do it before we end up with a situation like the Clintons gave us in North Korea.

5) Of course, Trump has been improving things in whatever ways are available, but he could use some assistance with MAKING AMERICA GREAT AGAIN. There are, from what I can tell, five main factions in Washington D.C.:

Remember – President Trump was elected by the rest of us OUTSIDERS, and what the INSIDERS still don’t get is that we are tired of a corrupt, PRIVELEGED political class ruling over us who think laws and the Constitution are meant for other people. Hillary Clinton can violate the Espionage Act, enrich herself through the Clinton Foundation and having Bill paid for speeches in exchange for turning over 20% of our uranium to Russia, and Barack Obama can tell the President of Russia that he’ll have more flexibility after the 2012 election (when those pesky American citizens won’t have a say) and there’s nothing wrong with that, but if Donald Trump rented a room in one of his hotels to a Russian ten years ago he needs to be impeached.

And exactly how is it that people who’ve done nothing all their lives other than run for public office can become multi-millionaires? Where’s that money coming from, and what are they selling that belongs to US?

Time for us all to DRAIN THE SWAMP. 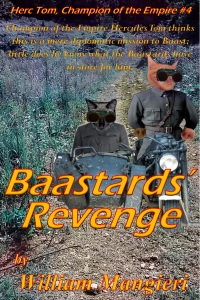 “Baastards’ Revenge” – the fourth story of my Herc Tom, Champion of the Empire series – is available on preorder.

Champion of the Empire Hercules Tom thinks this is a mere diplomatic mission to Baast; little does he know what the Baastards have in store for him. But don’t worry – this cat has proven time and again that he has more than the usual nine lives.

The release date is July 28th, but until then you can preorder at a reduced price in the usual places, including, but not limited to: 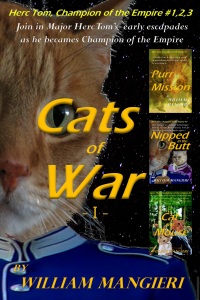 Since the preorder campaign has begun for “Baastards’ Revenge”, NOW would be a good time to read the first three Herc Tom, Champion of the Empire stories, all conveniently collected in Cats of War I:

“Purr Mission” – Major Tom’s dander is up. His cub is dying of the Morient Virus, and he knows their sworn enemies are responsible (the Baastards!), but bureaucats order him not to go to their planet to recover the antidote. Well, it’s easier to beg forgiveness than to ask Purr-mission.

“Nipped in the Butt” – More intrigue as a familiar hallucinogen finds its way into Ramses society. Are their long-time adversaries behind it? Time for Major Tom to save the Empire again…

“Cat and Mouse” – Major Tom has plans for his leave time: this cat is finally going to get some much needed R&R with his mates. But recent additions to the household (including his Admiral father-in-law and an uppity mouse chef), as well as an unexpected visit from yet another enemy puts his whiskers in a twist.

I’m offering a Smashwords coupon to cut the price to just 99-cents for the collection (such a deal!) Here’s the link on Smashwords: https://www.smashwords.com/books/view/588921

Remember to use coupon code WF25Z

William Mangieri’s writing, including his previous publication “Victimless”, can be found 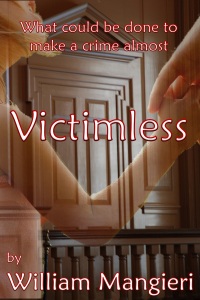 in many places, including:
• Smashwords:  https://www.smashwords.com/profile/view/NoTimeToThink
• His Amazon Author page:  http://www.amazon.com/-/e/B008O8CBDY
• Barnes & Noble:  http://www.barnesandnoble.com/s/william-mangieri?store=book&keyword=william+mangieri
• Createspace (if you prefer physical books):  https://www.createspace.com/pub/simplesitesearch.search.do?sitesearch_query=william+mangieri&sitesearch_type=STORE
To CONNECT WITH HIM (and LIKE and FOLLOW), go to
• His site on WordPress:  https://williammangieri.wordpress.com
• “William Mangieri’s Writing Page” on Facebook at:  http://www.facebook.com/NoTimeToThink
• His Goodreads author page:  http://www.goodreads.com/author/show/6893616.William_Mangieri
• Or on twitter: @WilliaMangieri