Bill, what do you mean, year-end? There’s still almost forty-nine days left – why should I be thinking about the end of year?

I’ll blame part of it on the place where I work. Last Friday was the day I had to turn in my evaluation of how my year went (including a projection of what will get done in this last seven weeks); it’s my last chance to officially validate my own performance against my beginning-of-year objectives. It could have been better, but we deal with what we’re dealt.

But I can’t blame it all on the day-job. I’ve been revisiting and reporting on my writing goals every week, and that has also made me aware that the year is winding down and wrapping up. One more story to finish. One more book to ePublish. One last push to try to bring my average word count up and see if I can surpass my best year.

Thanksgiving is next week, a chance for us all to set things aside (not entirely of my own volition – sometimes we need others to force us to take a break) and be grateful for what we’ve been able to get done, the good we’ve had, and getting through the bad. You can’t help thinking about the year as if it’s already over, and hoping for better for the coming year.

And then Christmas comes, and we get to put a bow on it. Another kind of wrap-up – wrapping presents, wrapping the house, wrapping up all warm inside as the weather turns cold (well, in Texas you can never be sure when that will be, but we like to pretend.) I have always found Christmas to be a time of hope – it could be the music, or the lights, or the “reason for the season”, but it gives me a good feeling as I prepare to jump off into the new year.

It’s a tradition that comes with the Holidays – thinking about the year that was and the year to come. That’s right – 2018 is looming over the horizon, and with it comes a whole new chance to make something of it and start anew as we revisit our own best laid plans and begin again. Always hoping for better – just saying…

My next ePublication is “Imperial Purrogative”:

“Imperial Purrogative” is the fifth story in my Herc Tom, Champion of the Empire series. The release date is November 17th (this Friday!), but it’s available for preorder until then at a REDUCED PROMOTIONAL PRICE at various retailers, including, but not limited to:

With the upcoming release of “Imperial Purrogative”, now would be a good time to read the first four Herc Tom, Champion of the Empire stories. As an extra incentive, I’m offering coupons on Smashwords for:

Cats of War I – the collection of the FIRST THREE Herc Tom stories (“Purr-Mission”, “Nipped in the Butt”, and “Cat and Mouse”) is on Smashwords at https://www.smashwords.com/books/view/588921 . Use coupon WF25Z at checkout for 67% off the cover price (that means only 99-cents!) 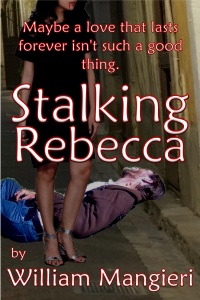