This is almost as much fun as my fantasy that I would get to Mars when SOMEDAY, SOMEONE going to Mars would bring one of my books with them. This is not quite as personal an achievement, but I should still be alive when the Mars 2020 rover arrives (in 2020, of course), so at least I’ll have a pre-mortem vicarious experience instead of a post one.

The Moon 2024 project is supposed to put a man and a woman on the moon – the first time there have been any human beings there since 1972 (that’s the last time that most people judged SANE will accept that we were there), and we aim at having a PERMANENT human presence thereafter (we should have done this DEACADES ago.)

There was a time when I might have turned down an offer to go to the moon (because I was holding out for Mars, which seemed so doable when I was in my teens), but I’d settle for a lunar trip now. We won’t be on Mars until some time in the 2030’s, so I’ll be at least in my seventies by then. Who knows how long it will be before they’re ready for residents, or tourists (and let’s face it – the expense to send someone to Mars in the last few years of their life will probably be considered a waste of taxpayer money), and I don’t think I’ll be able to come up with the funds on my own (and the GO-FUND-ME competition is bound to be fierce.)

I seem to be a travel snob – I have little or no interest in traveling to new places on earth, and on the couple of occasions when I’ve been sent somewhere on a work related trip, I tend to spend all my time in the hotel – an entire city to see, maybe even in a foreign land, and I have contented myself with my habitat. Maybe that’s part of the appeal to me – if I go to Mars (or the Moon), I will pretty much be restricted to the “hotel”. But if I do go, I promise to do a lot more off-roading and hiking. I might even start taking selfies if I get funded. Just saying…

The release weekend has ended for “Truth in Advertising”:

A paranoid marketer finds himself down a dark alley, just as he expected. But is it always a bad thing when they’re after you?

“Truth in Advertising” is a speculative fiction short story with a bit of alien marketing. The release date isn’t until June 21st (that’s THIS FRIDAY), but it’s available for preorders now at several online retailers, including, but not limited to: 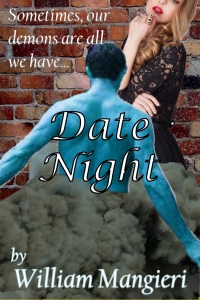 many places, including, but not limited to:
• Smashwords:  https://www.smashwords.com/profile/view/NoTimeToThink
• His Amazon Author page:  http://www.amazon.com/-/e/B008O8CBDY
• Barnes & Noble:  http://www.barnesandnoble.com/s/william-mangieri?store=book&keyword=william+mangieri