My three posts went out as scheduled. I had some more stories return from market (the rejection letter 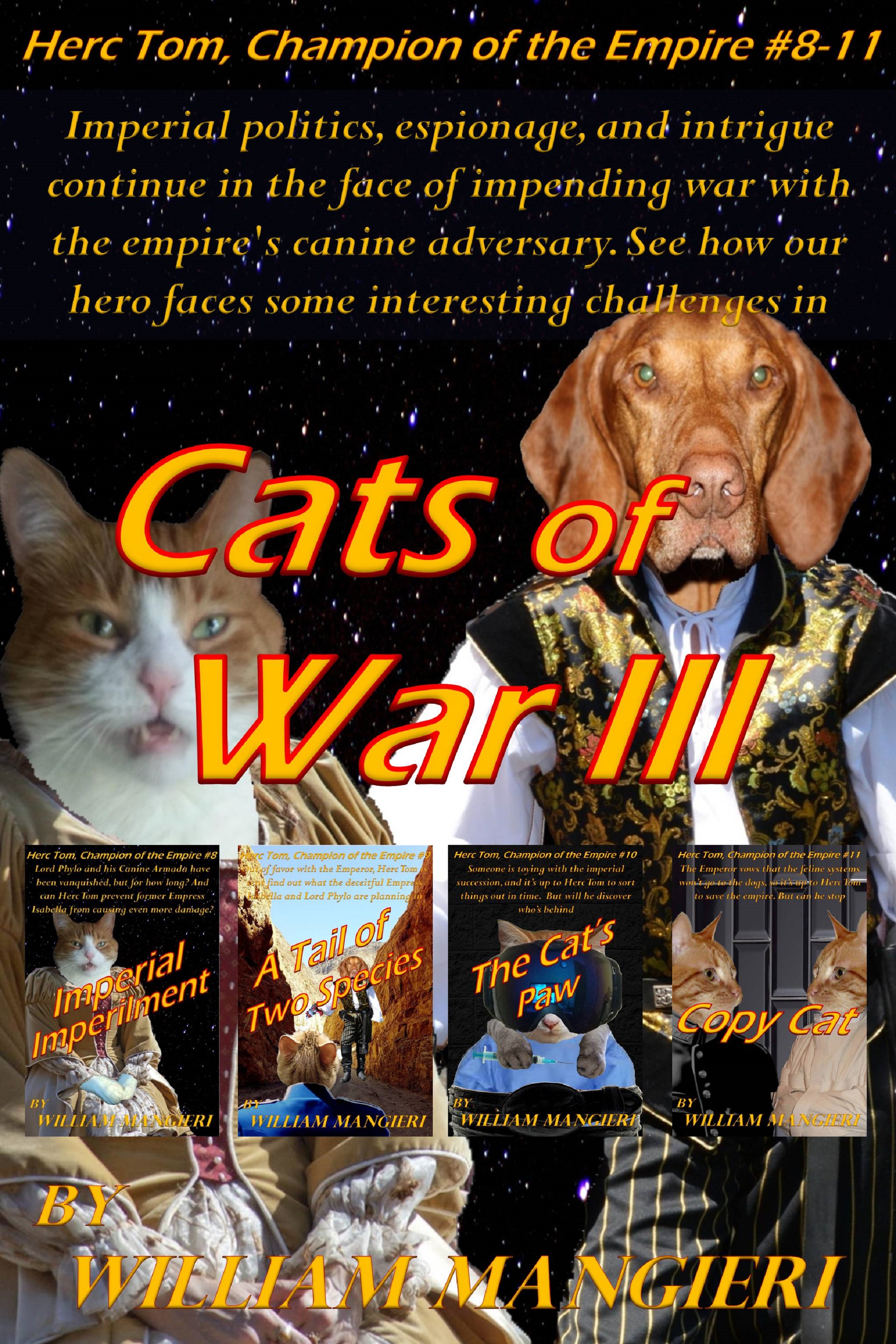 said one of them had been a finalist), and dutifully sent them out again.

I wrote on only three days, and never made my daily or weekly quotas. This was mostly due to the time it took me to pull together Cats of War III for release. I wrote a mere 799 words of fiction as the revisions continue on Swordsmaster #2 (now 113,356 words.)

You Can’t Skip Steps on This Job

My main reason for writing is to have a creative release. I also enjoy being surprised by what winds up on the page – story twists that I didn’t even know were coming until they slipped out of my pen, so to speak. It’s often as though I’m reading someone else’s words. The joys of being a PANTSER, and why I will probably never change my method.

But those aren’t the only reasons I write. I’m also hoping for some acknowledgement and appreciation of my work. It might even be nice to earn some money for my efforts (that’s at least one way of being acknowledged.) I could just write all the time, but then no one would ever read it. There’s more to the business of writing than – writing.

Heinlein and Writers of the Future sent me a link recently – a six minute video of Jerry Pournelle talking about the advice that Robert Heinlein gave him (and other writers) the gist of which was that you have to do things to get your writing out in front of more people than your family and best friend (none of whom may even like the genre you writ in.) Another reminder about HEINLEIN’S RULES.

(So many would be writers (WBR) never get this. Wanting to write, or having a story in your head, or talking about it at a cocktail party just isn’t the same thing. You must write it down.)

2 – YOU MUST FINISH WHAT YOU WRITE

(Sometimes a WBR starts to write, but gives up. Or they keep at it because they don’t think it’s good enough (there is a concept called letting the perfect be the enemy of the good – remember, there IS NO SUCH THING AS PERFECT), or they’re just afraid that once they’re done they will have to show it to someone, and then they’ll find out how bad it is. If you write something but no one else ever sees it, did you really?)

3 – YOU MUST REFRAIN FROM REWRITING, EXCEPT TO EDITORIAL ORDER

(Heinlein meant that once you complete your piece – once you have avoided the perpetual rewrite and revise trap – you don’t change on someone else’s suggestion – UNLESS that person is buying it to publish it.)

4 – YOU MUST PUT THE WORK ON THE MARKET

(It’s never going to sell – and the public isn’t going to read it – if you don’t put it out there.)

(You’re already done with the work – might as well keep submitting it until someone buys it. As an indie author, I modify this in my own process to indie publish once I’m done sending it out to publishers – that leaves it on the market for the unwashed multitudes.)

To be able to follow through on this writing business, there are all sorts of NON-writing things to be done, even if they are boring or even distasteful. Revising (as long as it isn’t a permanent loop.) Creating covers. Formatting manuscripts. Writing blurbs. Marketing.  Many of these things kept me from WRITING last week, but if I want to be a serious writer, then I can’t be bellyaching about having to do them.

So, I didn’t make my  writing quota last week. Do I want my pieces to be read, or not? Just saying…

For  information and links for my current promotions (including the FREE starter eBooks for my Herc Tom, Champion of the Empire series and my Detective Jimmy Delaney series), look HERE on my CURRENT BOOK PROMOTIONS page.